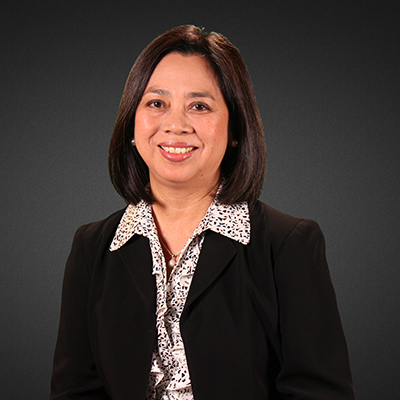 Dr. Farolan grew up in a military family, living in 11 cities and 3 countries. She received her medical degree from Far Eastern University in Manila. She settled down in Chicago in 1989, and completed her Pediatric residency and Neonatology fellowship at Loyola University Medical Center. After a year as Assistant Professor of Pediatrics at Loyola, she joined DuPage
Neonatology Associates in 1996 and is a senior partner.

Dr. Farolan is married and has two daughters. In her leisure time, she enjoys nature, relaxing at the arboretum, travel, food adventures, and entertaining.